As I mentioned in the previous post, I recently sat down with my friend Albert to help him jumpstart his creativity for songwriting. His goal was this: to make fresh connections and metaphors, using language that isn’t so “straightforward,” as is his usual style.

The next day, I created a customized resource for him that would help expand his thinking from its usual pathways, so he could move closer to his goal.

In the spirit of giving, I’m sharing this exercise with you with the hope that you might benefit from this short lesson. Everything in italics is a quote from another author used as an example showcasing the points I make about art in bold. 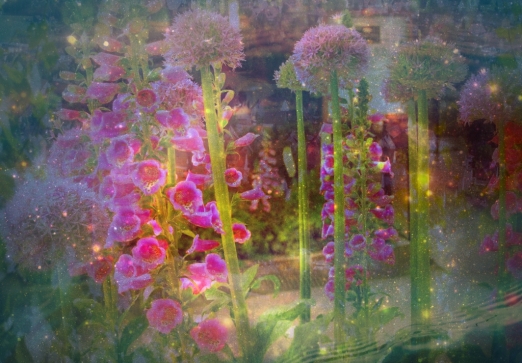 All of art is looking at WHAT IS in a new way.

Here, Carl Sagan examines the earth, our home through the focal point of one “pale blue dot.”

“Look again at that dot. That’s here. That’s home. That’s us. On it everyone you love, everyone you know, everyone you ever heard of, every human being who ever was, lived out their lives. The aggregate of our joy and suffering, thousands of confident religions, ideologies, and economic doctrines, every hunter and forager, every hero and coward, every creator and destroyer of civilization, every king and peasant, every young couple in love, every mother and father, hopeful child, inventor and explorer, every teacher of morals, every corrupt politician, every “superstar,” every “supreme leader,” every saint and sinner in the history of our species lived there-on a mote of dust suspended in a sunbeam.

The Earth is a very small stage in a vast cosmic arena. Think of the endless cruelties visited by the inhabitants of one corner of this pixel on the scarcely distinguishable inhabitants of some other corner, how frequent their misunderstandings, how eager they are to kill one another, how fervent their hatreds. Think of the rivers of blood spilled by all those generals and emperors so that, in glory and triumph, they could become the momentary masters of a fraction of a dot.

Our posturings, our imagined self-importance, the delusion that we have some privileged position in the Universe, are challenged by this point of pale light. Our planet is a lonely speck in the great enveloping cosmic dark. In our obscurity, in all this vastness, there is no hint that help will come from elsewhere to save us from ourselves.

The Earth is the only world known so far to harbor life. There is nowhere else, at least in the near future, to which our species could migrate. Visit, yes. Settle, not yet. Like it or not, for the moment the Earth is where we make our stand.

It has been said that astronomy is a humbling and character-building experience. There is perhaps no better demonstration of the folly of human conceits than this distant image of our tiny world. To me, it underscores our responsibility to deal more kindly with one another, and to preserve and cherish the pale blue dot, the only home we’ve ever known.”

― Carl Sagan, Pale Blue Dot: A Vision of the Human Future in Space

You can describe things by their science.

“The nitrogen in our DNA, the calcium in our teeth, the iron in our blood, the carbon in our apple pies were made in the interiors of collapsing stars. We are made of starstuff.”

You can be clever.

“If you wish to make an apple pie from scratch, you must first invent the universe.”

You can compare inanimate objects to nature’s unpredictability.

“Books are like seeds. They can lie dormant for centuries and then flower in the most unpromising soil.”

You can connect two seemingly opposing views through the common ground they share.

“Science is not only compatible with spirituality; it is a profound source of spirituality. When we recognize our place in an immensity of light‐years and in the passage of ages, when we grasp the intricacy, beauty, and subtlety of life, then that soaring feeling, that sense of elation and humility combined, is surely spiritual. So are our emotions in the presence of great art or music or literature, or acts of exemplary selfless courage such as those of Mohandas Gandhi or Martin Luther King, Jr. The notion that science and spirituality are somehow mutually exclusive does a disservice to both.”

― Carl Sagan, The Demon-Haunted World: Science as a Candle in the Dark

You predict the mission of your life in just one sentence.

“If a marker were to be erected today, it might read, in homage to his scientific courage: “He preferred the hard truth to his dearest illusions.”

You can talk about time and perception of time through the observation of a different species.

“We are like butterflies who flutter for a day and think it’s forever.”

A key to take common ideas forward to a new level is to ask two questions: “What If?” and “So what?”

What if….. x and x and x and x….. (i.e. What if Earth wasn’t just a pale blue dot, and we’re really living in a laboratory, where the galaxy is contained inside of a crystal ball, or a snow globe? What if we are an experiment that is already over, and instead of destroying us, we were left to just live inside this small globe, where it is thought that we will eventually destroy ourselves?)

So what…. So what if we are inside this tiny globe – does it make our relationships less meaningful? Does it make me less attached to my mother? Would I quit my job today, knowing that it’s all made up?

The more questions, the better… it forces your brain to go outside of its usual thought patterns and make fresh connections.

The more you observe how things relate—in nature, on TV, at work, from the micro (tiniest) levels to the macro (galaxy sized shit!), you will make startling connections that you can put into a song.

Lastly, some beautiful imagery to get you going.